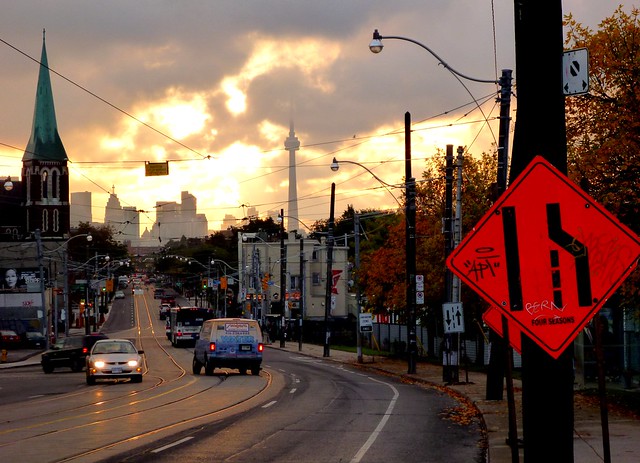 Toronto's Official Plan is a powerful policy instrument that can help improve a city wide bikeway network over time and deal with the gaps in the network. We still have until Oct. 17 to provide feedback and suggestions for the plan in the City's short survey. This is a good place for us to tell policy makers what is our priority for the city.

If you are wondering how you can provide useful suggestions for the Official Plan, one place to start would be to identify gaps in the Bikeway Network and think of how those gaps could be closed (hey, you could even suggest they put back in the recently-voted-to-be-removed Jarvis, Pharmacy and Birchmount!).

Some examples of suggestions for the Official Plan:

The big advantage of the Official Plan is that it becomes much easier and cheaper for the City to require a "conveyance" of the public rights of ways. The changes can be demanded at no cost from the developer when the properties are redeveloped in the future. It can be hard to think that far ahead for some parts of the city, but in the downtown new condos and office buildings are being developed relatively quickly. Now's a good time to think big. What can the Official Plan do to make cycling easier and safer in your neighbourhood?

I hope that all cities all over the world will become more biker friendly and that people will be able to utilize their bikes to go to work and shop.

This online casino offers the best in Keno and there are not many online casinos that can say that or even offer Keno.