The rise, fall and rise of the bakfiets 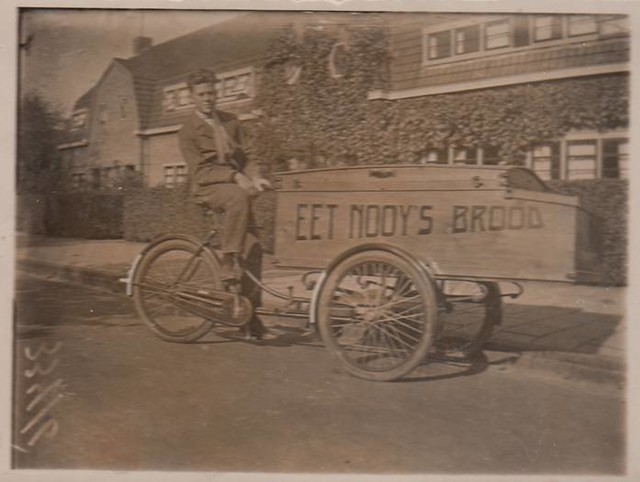 ©Bakker Nooy and his bakfiets / bakkerkar
11 years ago ago at , Noord-Holland, Nederland by herb i am.

My uncle's father (Ome Jaap's father) had a bakery in The Netherlands. Here's a photo of his father on the bakfiets / cargo bike.

Translation: "This 'baker's car' is very familiar to me. Here is an old photo of my father on his bread baker's car while peddling.

This was our transport to birthdays; the youngest in the front compartment and the rest in the big box with the lid half open and my dad bikes." 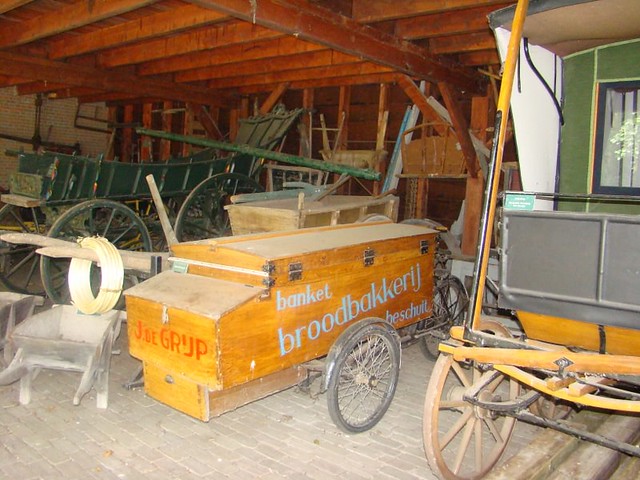 ©Brood bakkerij bakfiets - bread bakery cargo bike
12 years ago ago by herb i am.
My mother took this photo during a recent trip to The Netherlands. She knew I had some fondness for these ungainly bikes. This bike was used by a bread baker, and has been gathering dust for some time. 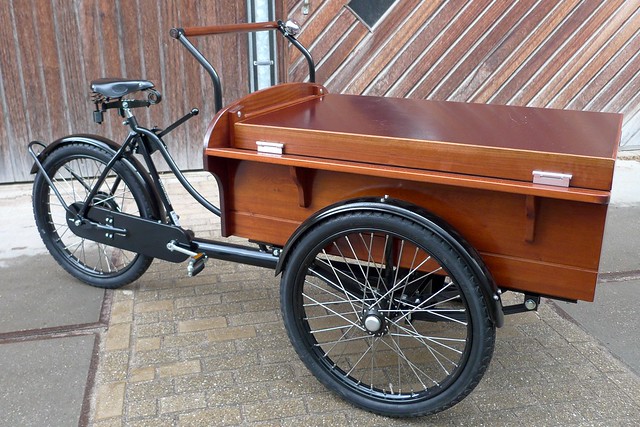 Bakfietsen made a resurgence in The Netherlands long after bicycles hit their second wave. About ten years ago manufacturers like Workcycles started building updated versions of these bikes, but geared not just for carrying lots of cargo (like the one in the photo by Workcycles) but also for young families who needed to ferry their children around. Now, not only are they quite popular there but they've created a mini-revolution in North America.

The dutch ones look great

The dutch ones look great quality, but that's money I can't spend to ride on salt half the year...

The Birota bikes are cheaper, though the build may be too. Interesting to see them use the NuVinci hub, as this is probably its best application.
http://www.birotabikes.com/taylor.html

These are available in Canada

These are available in Canada - a friend told me they look just like the ones former used in Sweeden to deliver the mail.

I think a bakfiets would be a

I think a bakfiets would be a pretty good solution for mail carriers, instead of a big heavy shoulder bag and a van that needs to be parked!

People have a tendency to want to be able to carry ridiculous amounts of cargo at a moments notice. It must be what led to the preponderance of enormous SUVs on the roads. I don't understand the appeal. Larry's right that it would be a good solution for a mail carrier, but it's not uncommon to see people riding around town on one of these with nothing in the box. What a waste of effort.

A nice aspect of bikes is the simplicity; if you're concerned about carrying cargo, but know you won't be doing it every day, just get a trailer.

Good point, Ben. Traditionally, bakfietsen were used by bakers, milkmen and other delivery businesses, even window-washers.