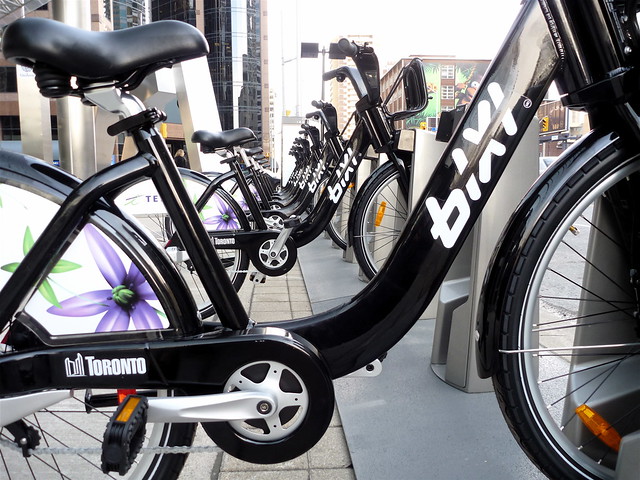 ©Bixi Toronto
11 years ago ago by Martin Reis.

Councillor Mike Layton and the Toronto Cyclists Union have started a petition for expanding Bixi Toronto. People have been calling Layton every day since Bixi launched almost two months ago, according to a NOW article. The call is to expand Bixi to the original 3000 bikes planned when the program was originally proposed.

I've heard that things are looking so good that Bixi may beat expectations by reaching close to 1 million trips by the end of the year.

Some of you may have heard about the auditor general's somewhat negative report on Bixi in Montreal. Such troubles don't affect Bixi Toronto since it is incorporated separately and has a business model that doesn't rely on subsidies from Montreal.