Book Review: One Less Car - a look at the politics of the bicycle and car 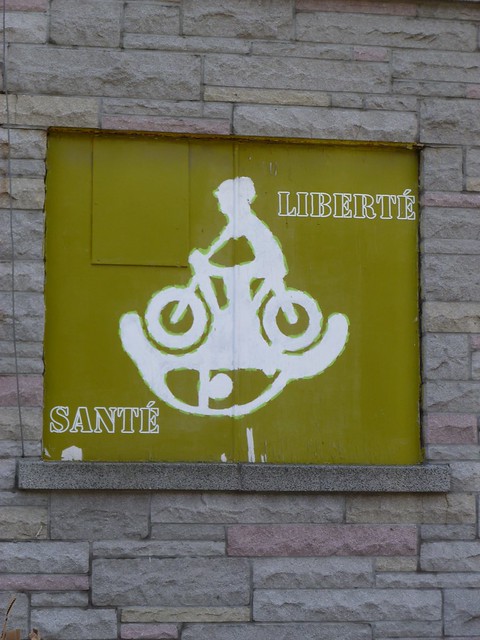 During these dark Toronto days (both literally and politically) it's good to step back and take a look at the landscape of the insurgency and the counterinsurgency of cycling. Whether we like it or not, the simple act of riding your bike in Toronto (and North America) is a political act. Some cyclists are more intentionally activist and involved in changing the system, but the mere presence of a bicycle on the street makes a political claim to that road and to the institutions that support it.

As Toronto shifts into a new era where the Mayor sees all cyclists as irresponsibly "swimming with the sharks" (as if we had decided to climb Mount Everest), it's helpful to read One Less Car: Bicycling and the Politics of Automobility, which analyses how we got to where we are, as Torontonians and North Americans. The author, Zack Furness, assistant professor in Cultural Studies at a university in Chicago, happens to both an academic and a bit of a bike geek. You don't have to wait for the book to arrive in the mail as you can read some of his interesting writing online, including the first chapter of the book, an engaging analysis of the politics of cycling in the turning point of the 2004 Republican Convention in NYC and the Critical Mass ride that sparked a massive and harsh crackdown by police as the peaceful rides became criminalized. Only now is NYC shifting towards spending more money on installing bike infrastructure than clamping down on Critical Mass.

As cycling becomes more mainstream with our "Dutch bikes", bike lanes, bike-sharing and integration of bicycles as fashion accessories, cycling continues to have an uneasy position in North American culture. The myth of the automobile - as a symbol of freedom and power - still has a very central place in our society. The bicycle is still dismissed as impractical and is often depicted as either something that only rich, downtown elites do, or something that only the poor and jobless use, depending on the rhetorical point needed.

This book covers the gamut: of DIY community bike shops (Toronto, like many North American cities, has its small contingent of DIYers who are passionate in reusing bicycles and making bicycle education accessible); how the mainstream media typically views cycling as subversive and weird (through movies such as The 40 Year Old Virgin); the hard to pigeon-hole Critical Mass (and how it has been celebrated and terrorized, marginalized but persistent); international bicycle projects for the common good and the bicycle's role in colonialization; the first "velorutionaries" in Europe and the US (such as the anarchist group Provo's White Bikes in The Netherlands as predecessors of bike-sharing and Critical Mass); an interesting analysis on the stuggles of how public space is used and disciplined and how it informs my view of the North American obsession with the so-called "war on the car"; and how even a transformative technology as the Bicycle relies heavily on poor labour practices in other parts of the world.

These all happen to be topics of interest to myself, and hopefully some of it won't bore you. As I dive in I will attempt to compress some of it into future blog posts.

Zack has many insights on the culture and politics of bicycling. As a long-term cycling advocate it was refreshing to read his analysis of the power struggle in transportation, particularly as Toronto cyclists are seeing a counterinsurgency from the media and the elite, commonly called the "war on the car" (though I believe it was Christopher Hume who insightfully pointed out that if it's a war on the car why is that it is mostly pedestrians and cyclists being injured and killed).

Some of you may consider yourselves "non-political" and that's okay: the bike can be just something to get somewhere. But you can find that it also becomes something more without you trying. As long-time activist Sara Stout of Portland, Oregon is quoted in the book:

'At first bicycling is utilitarian, it's just how you choose to get around ... but it becomes political really quickly because it's hard to get around. There are difficulties at every turn, and there seem to be injustices at every turn. There's always a problem.'

Ordinary cyclists become activists and further politicize bicycle transportation, or rather try to gain more control over an activity that is already politicized. But in doing so they show how all forms of mobility and transportation are political, such that they exist in a context of "social and power relations that are systematically asymmetrical." Even on days when I'd rather just ride my bike and be left alone, I encounter problems with crumbling roads, opening car doors, angry drivers and air pollution. As a downtown "elitist" I can accept that the bicycle is not for everyone, but still see its vital importance in the future of the city.

The bicycle is an amazing tool, but just existing isn't enough for transforming society; the context is important. "Bicycles and pedal-powered technologies can play a profound role in this process and they are intrinsic to any long-term vision of urban transportation in the twenty-first century. Perhaps most important, they are amazing tools for exploring, enjoying, rethinking, and reimagining not just cities but the possibilities of mobility itself."

The Bicycle has sparked our imagination, it just needs a bit of help to play its transformational part. One Less Car adds to the critical analysis of cycling activists as we explore ways to bring about change.