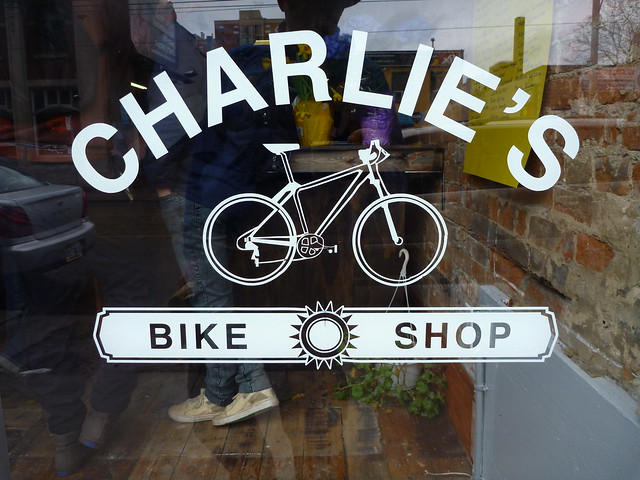 ©Charlie's Bike Shop Opening
11 years ago ago by Martin Reis.

Tino captured the opening celebration of Charlie's Bike Shop (as part of the organization Charlie's Freewheels, which opened recently just a few doors east of Sherbourne on Queen. Charlie's works with youth from Regent Park to provide training in bicycle mechanics and now running a business.

Charlie's Freewheels was named in honour of Charlie Prinsep, a Torontonian who was hit and killed by a car on the Trans-Canada near Brooks, Alberta while on a cross-country bike tour. Charlie loved everything about cycling: riding, fixing, going on long tours. (The site is not far from my parents home. I visited the site in 2007 where Charlie was hit; the wide, flat, straight, isolated Trans-Canada has plenty of room to avoid hitting anyone, but the driver was most likely falling asleep at the wheel.) 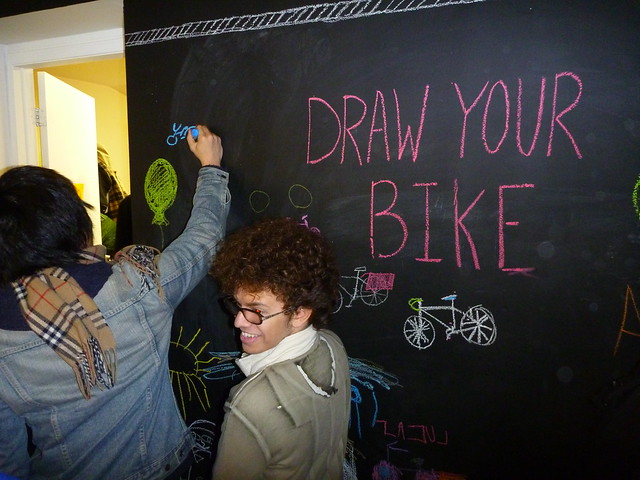 ©View on Flickr
11 years ago ago by Martin Reis.
Click on the photo to see Tino's whole gallery. 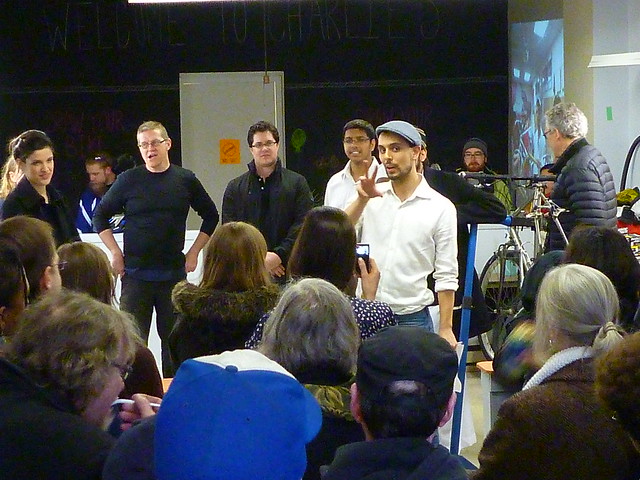 ©View on Flickr
11 years ago ago by Martin Reis.
Some of the organizers help launch the shop, including Emma McIlveen Brown, Derek Chadbourne, Joshua Farr, unknown and Aaron Marques.